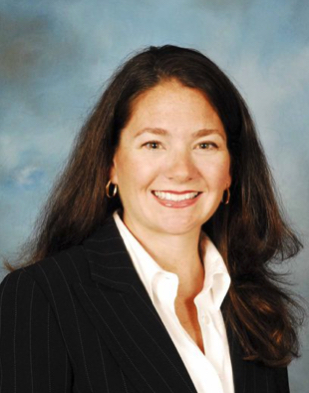 Last year, during the 18-month-long red tide, a close friend who lives and works by the water developed severe respiratory issues. After his hospitalization, the doctors recommended he simply move — not a viable solution for someone with a mortgage and kids in school. But it’s one we might all face. Health-threatening red tides and other harmful algal blooms are lasting longer and becoming more toxic due to pollution sources such as sewage and fertilizer.

Leaving isn’t an option; but fighting to improve water quality is. You’d think the people we elect would empower us. But when we most needed to strengthen laws to protect our environment and sustain our growth, the Florida legislature limited citizens’ legal options to protect ourselves. In the final days of the 2019 legislative session, the legislature quietly passed a bill that would be the death knell for growth management in Florida. HB 7103 opens the door to unplanned, unchecked growth, ties citizens’ hands to the wills of reckless developers, and inevitably leads to increases in pollution fueling harmful algal blooms in our waters.

One of HB 7103’s most dangerous provisions includes giving developers much more influence over comprehensive plans created by new municipalities. It also limits a citizen’s right to challenge comprehensive plans. Citizens need the ability to ensure developers are held accountable for higher density development, impact fees for public services, and concurrency concerns such as wastewater treatment capacity, class sizes, and traffic. As proposed, HB 7103 makes any citizen who challenges a developer and loses liable for the developer’s attorney’s fees. That provision will make it next to impossible for average citizens to hold developers accountable to the public interest.

I have been a public-interest environmental and land use attorney for over twenty years in Florida and have watched concerned citizens become the last line of defense for out of control growth, not by choice, but out of necessity due to complacency from local governments and a feckless Florida legislature. And what do citizens have to face with uncontrolled growth forced upon them with no recourse? In regards to water quality, more citizens will have to stand by and watch as thousands of sinks, washers and toilets are hooked up to dilapidated wastewater treatment systems that often are inadequate to safely treat already present volumes of wastewater. Or they’ll be forced to accept new subdivisions that rely on septic tanks for wastewater treatment. Septic tanks cannot protect ground or surface waters from nutrient pollution that fuels harmful algal blooms or from dangerous diseases.

Sadly many Floridians already live in crowded places with failing infrastructure resulting in severe sewage pollution. I live in St. Petersburg, where if our utility makes all the repairs and upgrades to our wastewater system ordered by a federal judge, via a lawsuit brought by public interest groups, the utility will only have the capacity to treat about 90 percent of existing wastewater volumes. The utility routinely dumps raw sewage into our streets and into state waters; yet condos continue to pop up all over St. Petersburg without proper infrastructure in place. Where I live it’s common knowledge not to go near the beaches or swim after it rains. And I am not alone.

Taking away our ability to challenge unsustainable development may leave us trapped in communities where we no longer can safely live. This legislation flies in the face of the campaign promises made by Gov. Ron DeSantis. Governor, you promised to head off harmful algal blooms by attacking pollution at its sources. Please veto HB 7103, which will limit our freedom and deprive us of one of the best ways that we can make sure future growth doesn’t add to our pollution problems.