The American Water Security Project is a coalition of business leaders, scientists, engineers, policy experts, outdoor enthusiasts, conservation advocates, and thought leaders working to promote the urgent need for wastewater infrastructure upgrades to protect waters and water bodies around the country. The coalition educates on the negative effects of wastewater spills and dumps to residents, businesses and tourism, communicates the social and ecological values of proper wastewater treatment and advocates for remedies to correct the deficiencies.

Many utilities only remove solids and limited pathogens, then discharge harmful amounts of nitrogen, phosphorous, and synthetic chemical pollution into aquifers and surface waters at higher concentrations than commercial fertilizers. These chemicals can directly contribute to harmful algal blooms that significantly diminish the health and viability of the nation’s drinking waters and recreational waterways.

The resulting contamination threatens the health of humans and wildlife, as well as the nation’s most valuable natural resources, such as coral reefs, beaches, estuaries, springs, creeks, and rivers.

Our nation’s sewage infrastructure is aging and in most places cannot handle increasing wastewater loads associated with coastal population growth and the growing demand for advanced treatment, reuse, and recycling. Additionally, many rural communities and homeowners cannot afford to convert from septic to sewer. These fixes are expensive, but the health of our waters and communities cannot afford not upgrading to advanced treatment and septic to sewer.

With the American population growing and access to clean water decreasing, the nation needs to shift from a water-is-abundant attitude to a stance that we use when managing conflict and scarcity. States and Congress must increase funding for programs that update wastewater treatment, recycling, and reuse and convert communities from septic to sewer systems.

The first and foremost thrust of this conversation is to take water, the ecosystems it serves, and human and wildlife health into serious national security consideration. This begins by providing appropriations that help modernize the nation’s wastewater treatment facilities to address current and future capacity needs, treat water to the highest levels practicable, and modernize existing infrastructure.

In addition, after modernizing our existing municipal wastewater collection and treatment infrastructure, states and the nation must address the need to convert communities from septic to sewer systems and limit new development that relies upon Onsite Sewage Disposal Systems.

0% increase of water supply
A 2012 National Academy of Sciences study found that U.S. coastal cities could increase their water supply 27 percent with treated wastewater.
0 wastewater spills
23,000 to 75,000 wastewater spill events per year
0-billion
3- to 10-billion gallons of sewage spilled in the US annually
0% OSTDS
Onsite sewage treatment and disposal systems (OSTDS), commonly referred to as septic systems, are NOT a safe and effective means of wastewater disposal for 30 percent of Florida’s population.
0% of the United States
With an estimated 2.6 million systems in operation, Florida represents 12 percent of the United States’ septic systems.

Threats on Waterways and Shorelines

American Water Security Project calls for the use of stricter water treatment regulations to reduce the nutrient pollution and human-borne pathogenic material in treated and untreated waters.

Climate change symptoms exacerbate the problems caused by wastewater pollution, underscoring the urgency for systemic upgrades. More raw sewage will be dumped into receiving bodies of water; overflow infrastructure will need to be adapted to new conditions to prevent increasing amounts of wastewater from threatening our natural bodies of water.

Wastewater treatment plants are susceptible to flooding resulting from sea level rise; they are typically located at low elevations near the coastline to minimize the cost of collecting consumed water and discharging treated effluent. Pollutants enter groundwater, rivers, and other water bodies. This water is often highly contaminated and can carry disease-causing microbes. 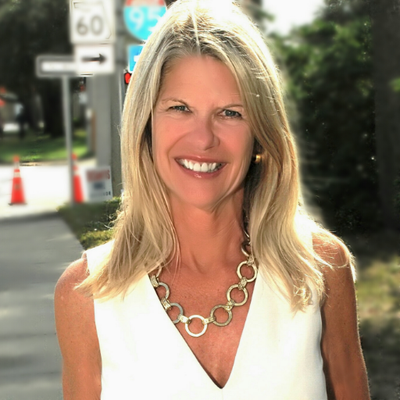 Approximately 40 percent of Floridians rely on onsite sewage treatment, more commonly known as septic systems, for their waste treatment. With an estimated 2.6 million systems in operation in Florida, leaky septic systems are a significant source of nitrogen and phosphorus loading into nearby waterways and largely contribute to reduced water quality.

I’ll tell you a story about my county, a story that made me so passionate about this bill. When Hurricane Irma happened two years ago, Hurricane Irma lasted three days, but if you ask local politicians in Brevard County, they will tell you it lasted for 35 days. Why? Because when Irma happened, they opened the spigots and for 35 days, 24 hours a day, 7 days a week, they released 22 million gallons of raw sewage. To put that into perspective, that is 1,000 swimming pools full of what you flush down the toilet. 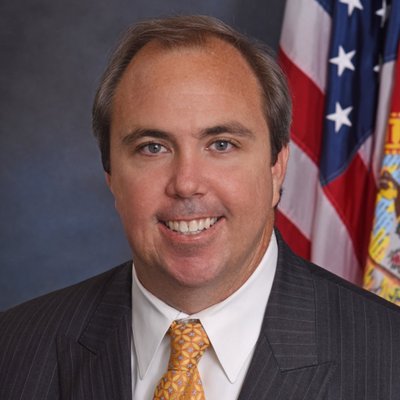 It is insane. Over the last two years, 5,884 spills, 321 million gallons of raw sewage spilled just in 2017 and 2018 alone and, as we all know, the importance of water quality in our economy. We are tourism driven economy in Florida. It has been proven that manmade pollution contributes to the intensification of red tide.

The American Water Security Project recognizes that access to clean water and responsible water policy that reclaims, recycles, and reuses water is essential to American national security. The nation’s water policy should create opportunities to increase and better align funding for water infrastructure improvements and ecological restoration on the federal, state, and local levels.

The American Water Security Project suggests the following agenda and opportunities to secure America’s water resources’ safety, security, and responsible use with strong, yet nimble, law and policy.

I want to start with a number and the number is this… 2,701,769,627… 2.7 billion. What is that number? That is the number of gallons of raw sewage that have been put into our waterways over the last 10 years. 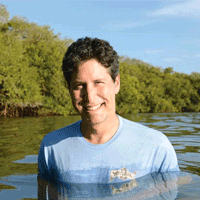 These discharges … continue to cause or threaten ongoing injury to the health, environmental, aesthetic and economic interests of citizens.

No one claps when you fix a 50-year-old pipe.

Our future is at stake. We have to do everything we can to make sure that water quality is improved.

These spills have been caused by a variety of poor or inadequate system maintenance, operation, repair, replacement and rehabilitation practices.

This is an existential crisis that is facing our state and we as a government have an obligation to make sure this problem is solved.

Restoring and protecting our water quality is imperative as it is the most valued economic and environmental asset we have in Florida.

Our waterways in Florida are our crown jewel. We are a tourism driven economy and we are going to turn people away if we continue on this path.

Water Treatment Facilities in the US

The United States of America’s roughly 17,000 privately owned, not-for profit and 52,000 local-governmentally owned water treatment facilities experience approximately 23,000 to 75,000 spill events per year. Often affecting nearby surface waters and human health, these spills allow 3- to 10-billion gallons of raw and partially treated sewage into the American waterways we use as our drinking water sources and for recreational purposes.

The Environmental Protection Agency suggests that the United States requires investment of $271 billion into its wastewater treatment infrastructure over the next 20 years. Annually, however, the nation only allocates approximately $1.4 billion to clean water appropriations, leaving the ability to meet treatment capacity and modernization needs with a $243,122,000,000 deficit over the next two decades.

STAY UP TO DATE

The American Water Security Project strives to be the leader in grassroots and grasstops education. We are active in your community and statehouses across the nation and in the halls of Congress in Washington DC advocating for clean, safe water and healthy ecosystems for all.

Terry Gibson: The warming climate threatens Florida’s claim to the title of ‘the fishing capital of the world’

An interview with Terry Gibson, American Water Security Project As part of its series “The Business of Climate Change,” which highlights the climate views of business men and women throughout the state, The Invading [...]

Saving our surf from sewage pollution

You can make the difference. Join us and help secure a future where Americans can live and thrive in a safe, healthy, and prosperous environment with access to clean water. Together, we can grow our impact and invest in our future.