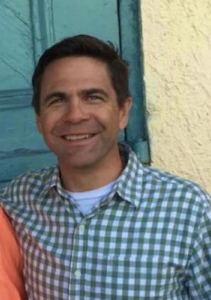 On Tuesday, the Florida Ocean Alliance will host “Oceans Day” in the state Capitol. Held each legislative session, the event celebrates Florida’s magnificent coastal and ocean resources, while educating elected officials about the tremendous ecological and economic goods and services that these water resources can provide for us — if we take care of them.Given recent pollution-driven algal blooms that devastated our inland waters, coastal waters, and many local economies, this year’s Oceans Day theme, “Preventing Coastal Economic Losses: How to save Florida’s water resources,” is apropos to a legislative session focused on solutions.

The Florida legislature currently is considering a variety of bills and funding levels for projects that are essential for cleaning up the state’s water pollution. Hot topics include major funding for authorized Comprehensive Everglades Restoration Projects, as well as funding and requirements to fix the state’s aging and already antiquated wastewater infrastructure.

Florida House of Representatives leaders are proposing $627 million toward environmental projects, a number near the $650 million Governor DeSantis requested. About half of that will continue and hopefully accelerate the progress we’ve made on Everglades restoration. Wastewater infrastructure funding proposals range from $50 million to $150 million in targeted grants for wastewater and stormwater treatment upgrades, as well as $50 million for springs restoration, which hopefully includes a large sum dedicated to septic-to-sewage conversions.

Given the ubiquitous nature of our sewage problems, the wastewater grants particularly deserve high funding levels. For example, sewage is the worst culprit in the death of the central and northern Indian River Lagoon, St. Petersburg routinely dumps it into Tampa Bay, and the overwhelming majority of septic tanks in the greater Fort Myers area are under water during the wet season. As our systems fail, Florida’s widespread wastewater pollution issues — 2.7 billion gallons over the past decade — provide huge phosphorous and nitrogen nutrient loads.

For a variety of reasons, that’s unacceptable. Human waste is rich in concentrated phosphorous and nitrogen, “superfood” for cyanobacteria and red tide blooms that studies show are becoming more frequent, in some cases more toxic, and longer-lasting due to pollution from human activities. Meanwhile, the state’s wastewater infrastructure and septic tanks contribute many tons of these nutrients daily and volumes will only increase as urban sewage sources are magnified by population growth, unless we upgrade our plumbing to keep apace.

The most efficient way to prevent or shorten the duration of harmful algal blooms is to choke off the sources of nutrients that feed them. In most affected areas, removing human wastewater may dramatically reduce nutrient pollution in measurable ways. The fixes, though, take money and the Florida Legislature has this at their fingertips. Cultures far older, and less technologically sophisticated — such as the Romans — realized inadequately treated wastewater will poison a society. Yet, nearly 20 years into the 21stcentury, in one of the richest states of the world’s wealthiest nation, wastewater pollution floods our streets and waterways with potentially deadly diseases, such as staph infections, hepatitis, and a recently discovered antibiotic-resistant strain of MRSA-like bacteria in Tampa Bay.

This Oceans Day, as the father of three children growing up in St. Petersburg, as a professor of students whose college experiences are diminished by sewage pollution, and as an avid outdoorsman saddened by the unnatural deaths of fish and wildlife in biblical proportions, I urge the Legislature to appropriate every last available dollar toward projects that will do the most to repair our ecosystems, including modernizing our wastewater infrastructure systems, while levying serious consequences on those slow or unwilling to do so. Floridians deserve the funding necessary to protect our waters and oceans from wastewater pollution and the nutrient loads they deliver. Our ecosystems, our health, our property values, and our economies depend upon it.