Skip to content
Previous Next
Biscayne Bay is suffocating, and Miami-Dade County leaders continue to let it die

Onlookers recently were shocked as thousands of fish and rays swam to the surface along the shores of northern Biscayne Bay gasping for air. The bay’s dissolved oxygen levels had tanked. Thousands more fish had already suffocated to death. In desperation, local officials sprayed water into the bay from pumps on the shore and vessels, all in a vain attempt to raise oxygen levels. 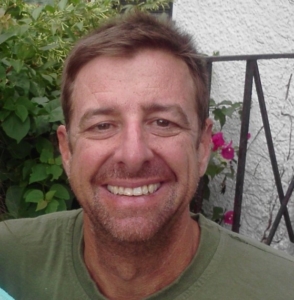 Like COVID-19 patients in need of supplemental oxygen, Biscayne Bay’s fish are suffering in oxygen-depleted waters. The fish kills are a visible and tragic result of a glaring sequence of flashing red lights. During the past two decades, obvious ecological responses to the bay’s nutrient pollution problems were reported to Miami-Dade’s leadership and, subsequently, ignored.

In January 2019, Miami-Dade’s Division of Environmental Resource Management (DERM) presented a damning report to Miami-Dade Mayor Carlos Gimenez and the County Commission titled, “Report on the Findings of the County’s Study on the Decline of Seagrass and Hardbottom Habitat in Biscayne Bay.” It provides a detailed description of the history of the well-documented linkages between excess nutrient loading from Miami-Dade’s 100,000 septic tanks, stormwater from Biscayne Bay’s watershed and algal blooms. The phytoplankton and macroalgae (seaweed) blooms reduced light levels to seagrass beds and either directly smothered them or caused low dissolved oxygen levels resulting in massive seagrass die-offs.

In fact, Miami-Dade’s leadership was made aware that there have been many significant seagrass die-offs over the past 20 years throughout Biscayne Bay. Driven by algal blooms and low dissolved oxygen, the die-offs were reported in 1998, 1999, 2005, 2010 and 2016. DERM reported a nearly 90 percent baywide loss of seagrasses from historical levels, from Barnes Sound in the southern Bay to Julia Tuttle Basin in the northern Bay.

Based upon the findings and recommendations in the DERM report, Miami-Dade residents should expect more fish kills and the loss of the bay’s remaining seagrasses — unless Miami-Dade’s leadership commits to reducing the bay’s nutrient loads from its 100,000 residences on septic tanks and its leaky wastewater and stormwater infrastructure.

Miami-Dade has a history of ignoring and fighting its Clean Water Act mandate to reduce nutrient loads to its coastal waters and is currently under a federal court consent decree to clean up sewage discharged to ocean outfalls. A state of Florida clean-oceans law in 2008 mandated that Miami-Dade close its ocean sewage outfalls by 2025. The estimated $5.7 billion closure cost is not fully funded, and the outfalls continue to dump 200 million gallons a day of reef-killing sewage nutrients just a mile off of Miami’s beaches. However, the costly improvements to close the ocean outfalls will not stop the flow of sewage into Biscayne Bay. Along Biscayne Bay’s watershed, fixing dilapidated infrastructure and hooking up polluting septic tanks to centralized wastewater treatment systems will cost additional billions of dollars.

But the investment is worth it.

Other counties in Florida have restored their estuaries and coastal waters by committing to expensive wastewater-treatment upgrades and septic-tank-removal programs. For example, leaders along the Tampa Bay and Sarasota Bay estuaries stopped algal blooms and restored seagrass acreage to 1950s levels after significant nutrient-load reductions resulted from wastewater infrastructure investments. Just south of Miami, Monroe County is near completion of a $1.2 billion wastewater-infrastructure project to reduce the impact of nearly 26,000 leaky septic tanks and cesspits that have caused coral-smothering algal blooms and death of the third largest coral reef on the planet, the Florida Reef Tract.

Miami-Dade’s leaders have an obligation to save Biscayne Bay. In June, Gov. DeSantis signed the Clean Waterways Act that will provide significant matching funds for local wastewater infrastructure upgrades to support nearby water-quality improvements. But Miami-Dade first must start from the ground up by committing to and planning for aggressive nutrient-reduction solutions that will result in a cleaner Biscayne Bay.

Peter Barile Ph.D. is an environmental scientist and a published scientific expert on Florida’s water quality and health of coral reefs and estuaries. He is the science director of the American Water Security Project and is based in Melbourne, Florida.