Skip to content
Previous Next
Sewage on the Move 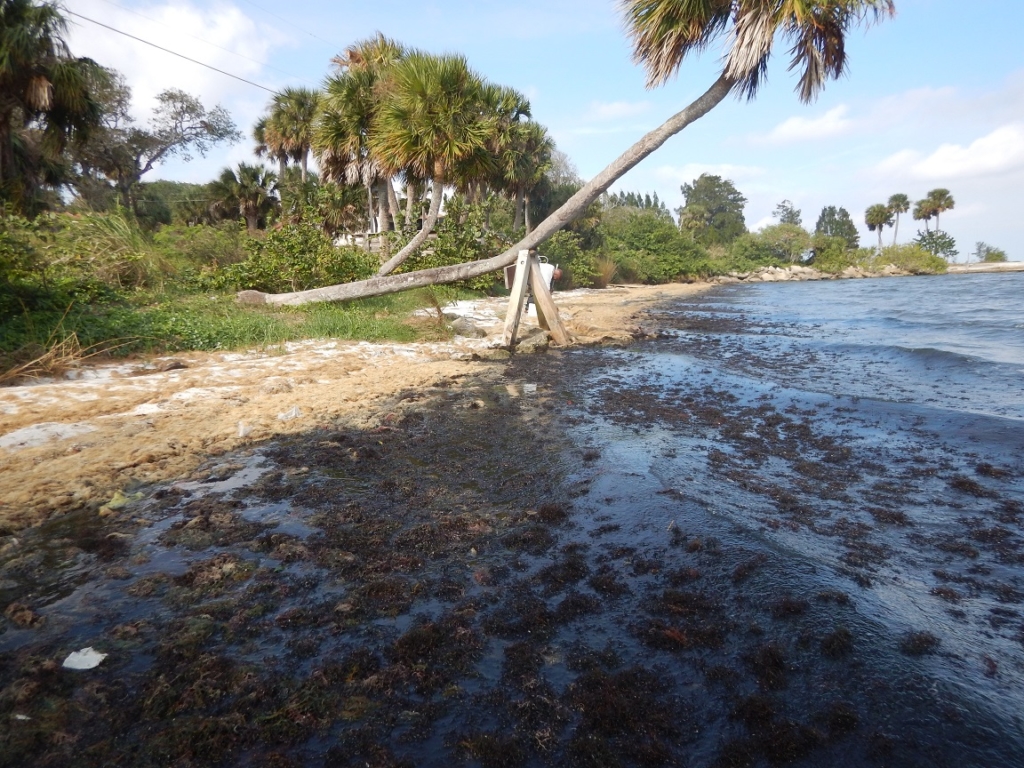 Sewage on the Move

In August 2019, Florida’s rainy season came on strong after a relatively dry summer. Nearly 20 inches of rain fell in Stuart, making it the second rainiest August over the past 80 years. This near-record rainfall on the coast is significant because ~80% of the freshwater flows and nutrients entering the St. Lucie River estuary are from local basin runoff, not discharge from Lake Okeechobee. The impacts of freshwater and nutrient pollutants to the lower Indian River Lagoon were obvious even to the untrained eye. Here, outgoing tides flushed vast dark plumes of water out to sea as if the St. Lucie River was a toilet that was flushing into the clear blue water of the Atlantic Ocean.

Photographers documented and widely shared imagery of the heavily polluted water blacking out the water column in the lower St. Lucie River, in adjacent lagoon waters, and over the nearshore reefs. Those images should ignite a sense of urgency about addressing the most insidious source of pollution all along the IRL and its tributaries: urban wastewater from local basin runoff.

It’s important to note that none of the water captured in those images came from Lake Okeechobee. Thankfully, thus far into 2019, the community has been spared of devastating discharges from the “Lake O.” Although some of the stormwater came from local farms and ranches, much of it came from canals lined with houses in Martin and St. Lucie counties where more than 60,000 residences utilize septic tanks that only partially treat wastewater.

As a result, groundwater polluted with septic tank effluent flows quickly in high volumes beneath our lawns discharging into adjacent drainage canals, into the St. Lucie River and the IRL, and then out of the St. Lucie Inlet to our nearshore reefs.

In August, I worked with a team of scientists examining water quality in the Indian River Lagoon. We looked for groundwater contamination in Port St. Lucie neighborhoods that rely on onsite sewage disposal systems (OSDS), more commonly called “septic tanks.” At many residences, ground water levels were within one foot of residential lawn surfaces. To put this problem in perspective, for a septic tank to function at all, its drainfield must be 2.5 feet above the water table. That’s the law. Otherwise the septic tank effluent drains untreated directly into the groundwater without any percolation through unsaturated soils and then into surface waters.

Keep in mind that even a perfectly functioning septic tank system only processes a portion of the nitrogen and phosphorus loading from the tank, and they are not designed to prevent pathogens from contaminating the groundwater in Florida’s sandy soils.

As a result of the heavy rains, a significant pressure head moved groundwater flow rapidly downgradient toward drainage canals that eventually sent stormwater contaminated with septic tank effluent to our local estuaries. Significant nutrient and pathogen pollution from septic tanks was certainly an insidious result of the significant August rains. 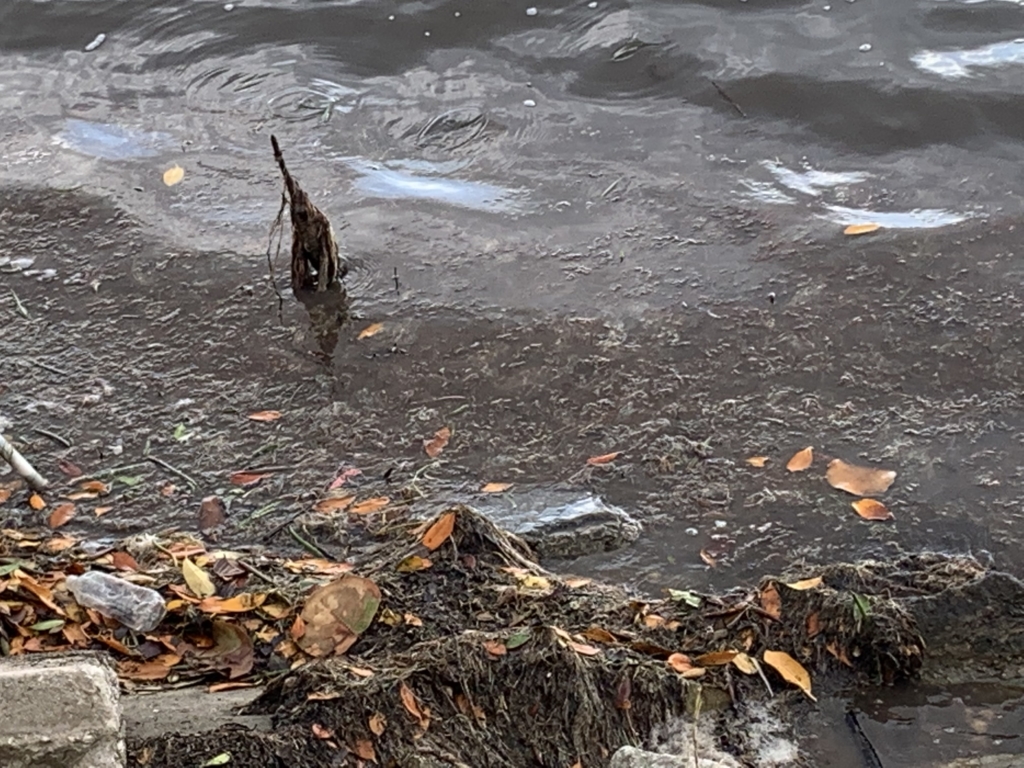 Scientists call these changes “ecological phase shifts.” In the Lagoon’s case, vital habitats such as seagrass meadows are replaced by macroalgae also called, “seaweeds,” which cannot provide the same ecological benefit of “nursery” seagrass habitat. As nutrient enrichment escalates further, macroalgae are replaced by toxic phytoplankton blooms. At that point, there is little downwelling light available to support benthic macrophytes, either seagrasses of macroalgae. This phase shift has also occurred across much of Lake Okeechobee

In fact, instead of providing nursery habitats for fish, shrimp, and many other types of organisms, harmful macroalgae blooms smother seagrass beds, and cause oxygen depletion often resulting in fish kills. They also provide surface area for toxic phytoplankton that can poison manatees, cause tumor growths in sea turtles and impact other species that typically graze on seagrass, but are now forced to feed on algae, where seagrass loss has occurred.

Most people are aware that a “phase shift” from healthy seagrasses to algae has occurred, but many may not fully realize its significance. If you’ve been fishing in the IRL, several types of stringy seaweeds fouling your lure may have annoyed you. Or, if you’ve driven past Conchy Joe’s Restaurant in Jensen Beach lately, and noticed a stench, rest assured that it’s not coming from the restaurant’s dumpster. It’s coming from the rafts of reddish seaweed that the winds from Hurricane Dorian blew onto the beaches along Indian River Drive. Decaying and rotting seaweed that belongs to a fast-growing and bloom-forming red algae called, “Gracilaria ”emits hydrogen sulfide that causes the smell.

As the result of a process called “eutrophication,” blooms of Gracilaria have over-grown and smothered almost all of the Indian River Lagoon’s seagrasses, and out-competed corals and other vital benthic (bottom-dwelling) organisms on nearshore reefs. 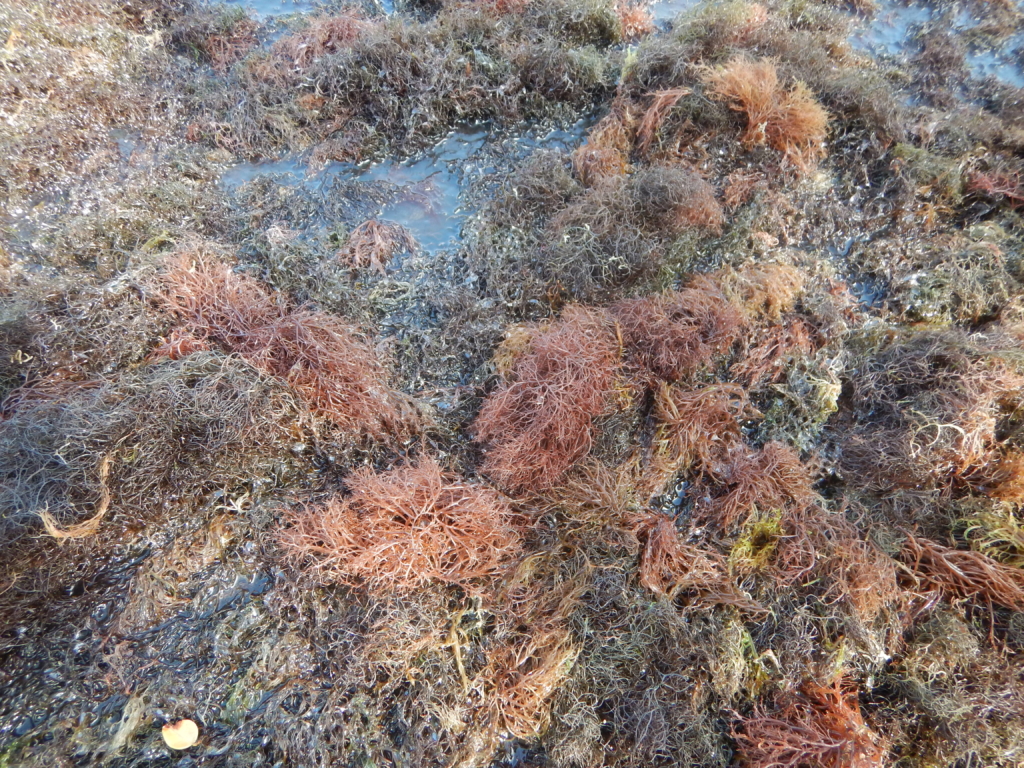 Eutrophication is caused by excessive nitrogen and/or phosphorous polluting a water body, where it results in a dense growth of algae, followed by the death of animal life resulting from oxygen depletion. Sadly, in many subtropical estuaries such as the IRL, we have documented “phase shifts” from seagrass to macroalgae to toxic phytoplankton blooms and cascading impacts on the lagoon’s biota.

Phytoplankton are single-celled algae that thrive in the water column. Healthy estuaries produce “good” species of phytoplankton that turn sunlight into energy and in turn feed organisms such as oysters and important consumers, such as the forage fish called menhaden. Eutrophic, or, in the case of the IRL, hypereutrophic estuaries produce toxic phytoplankton, including those that cause brown and red tides, as well as cyanobacteria blooms. Their toxins reduce the growth of other phytoplankton, block sunlight to benthic plants, and release toxins into the water and air.

Harmful algae species bloom as they take advantage of excess concentrations of nutrients in aquatic systems. If you’re a gardener, you know that blossoming plants typically need higher levels of phosphorous. If your lawn is a really lush dark green, that’s an indication that an adequate amount of nitrogen fertilizer was applied to it. Algae species such as Gracilaria and brown tide, as well as toxic cyanobacteria and red tide, will grow preferentially on nutrients from human wastewater as the result of sewage spills and septic tank effluent discharge. In particular, “ammonium” and “reactive phosphorus” from human wastewater is like liquid “Miracle-Grow” for aquatic algae. They undergo exponential rates of cell growth when adequately fed.

In coastal waters around the world, researchers have identified sewage pollution as a significant driver of eutrophication. Throughout the IRL complex, sewage from septic tanks and other wastewater infrastructure failures provide a constant supply of nutrients that support harmful algal blooms. We cannot stop the Indian River Lagoon’s harmful algal bloom problem without aggressively reducing wastewater pollution. We cannot restore the IRL without significant investments in wastewater infrastructure upgrades.

Dr. Peter Barile is the Science Director for the American Water Security Project. He grew up along the Indian River Lagoon, and has studied nutrient pollution in many of Florida’s estuaries and coral reefs of South Florida and The Bahamas. Dr. Barile has published his work on the health of the IRL and other coastal ecosystems in many respected peer-reviewed scientific journals.