Skip to content
Previous Next
AWSP’s Peter Barile on Reel Guys Podcast: CCA on a Half Shell

CCA on a Half Shell 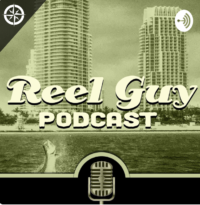 The Lunderdog sits down with Dr. Peter Barile who is a native Floridian and Senior Environmental Scientist with Marine Research & Consulting, Inc., based in Melbourne, FL. We wanted to find out the facts and science on doing a oyster restoration project or known as ” Feel Good Projects”

Growing up along the Indian River Lagoon, Peter developed a passion for understanding Florida’s aquatic ecosystems. His early experiences fishing and hunting, surfing and diving on Florida waters inspired him toward a Ph.D. in Environmental Sciences from Florida Tech. He completed a post-doctoral fellowship at Harbor Branch Oceanographic Institution, in Ft. Pierce, FL. Following his formal education, Peter went on to become a renowned science and public policy advisor to Florida’s local and state governments on issues related to the mitigation of land-based sources of pollution.

In 1993, he was awarded NOAA’s Knauss Marine Science Policy Fellowship to develop regional, national and international coastal and ocean policy for federal agencies in Washington D.C. His groundbreaking work on the role of human-derived nutrient pollution (including human wastewater) was used to set nutrient level standards in surface waters and drive policy and legislation to mitigate nutrient over-enrichment of Florida’s sensitive aquatic ecosystems.

His February 2018 study, published in the international journal Marine Pollution Bulletin, identified widespread sewage enrichment of the Indian River Lagoon, FL system and was subsequently utilized to support a moratorium on new conventional septic tanks adjacent to the Lagoon in Brevard County.

To date, Dr. Barile has written over two dozen peer-reviewed scientific research articles, reports and other periodicals, in addition to receiving grant awards from the State of Florida, USEPA, NOAA, and NASA.

Peter is also a past member of the Florida Senate’s Task Force on urban fertilizer use and an expert on its harmful role in Florida’s aquatic ecosystems.